Having moles tearing up your yard is one of the more annoying problems you’ll face in trying to keep your yard looking nice.

I don’t know why, but it seems like we’ve been overrun with these critters this year.

Everywhere you walk the ground just sinks with every step as you keep walking on their tunnels. So I had to do something.

Asking around I had folks telling me to use everything from diesel fuel to laundry soap (don’t know where that one came from) to rid the yard of these moles.

After doing some research I decided to give the Vekibee Sonic Mole Repellent a try.

These sonic mole repellent devices use ultrasonic sounds that are designed to be a more humane way to remove moles and other pests that burrow down in your yard.

I didn’t really want to kill off everything in the ground in addition to the moles.

The package says that these devices produce sounds and vibrations that moles do not like.

As a result, they will leave the area and go elsewhere, without you having to resort to more drastic and inhumane measures.

Again, sounds great, but do they really work? More on that in a minute.

What Are The Key Features Of The Vekibee Sonic Mole Repellent?

A sonic pulse is emitted from this device every 20 seconds.

These sonic pulses vibrate underground at a rate of 400 Hz, over a 5 second period.

Burrowing animals, such as moles are sensitive to these vibrations and sounds, and are more likely to move away to an area where they feel more comfortable.

Functioning in a circular pattern, the Vekibee Sonic Pest Repellent covers an area of up to a radius of 15 meters or 49.2 feet.

This means it works in an area approximately 650 square meters or 7,000 square feet.

The manufacturer recommends that two of these devices should be used every 98.5 feet, in areas where you know moles and other burrowing animals exist.

To ensure that these are reliable and work for long periods of time, it’s essential to have a long-lasting battery.

A solar polycrystalline silicon battery ensures that this is the case and it can be recharged, to work when it’s cloudy or dark, with each solar charge lasting as long as 5 days.

In fact, I tested this and found them to still be working a week after leaving one sit in the shed.

The Vekibee Sonic Pest Repeller is built to withstand all kinds of punishment.

Its aluminum spike and solar panel cover are corrosion-proof and weather resistant, which means this is a device that will last a long time.

The only thing to really be aware of is to place these in the ground and leave the device sticking up at least 4 inches above ground level, so that it does not get covered in water, when it rains heavily.

However, the spike used in the Vekibee Repeller is made from aluminum, which produces much stronger vibrations than other materials, such as plastic. It also will not break apart or rust.

What It Will Not Do

The Vekibee Sonic Mole Repellent Pack is designed to only repel small, burrowing animals that are extremely sensitive to sound and vibrations in the earth.

It won’t keep rabbits away or other larger intruders.

With a limited coverage, you need to invest in a number of these devices.

This can be expensive, especially if you want to remove moles from a wide area, such as a large lawn, garden or yard.

Bottom Line – Does It Live Up to Its Promises?

I’ll start by saying that this device is very easy to use and stays charged for long periods of time.

It goes off every 20 seconds as advertised.

You can hear it up close, but not when you’re standing a few feet away.

So there is no annoying sound to have to deal with while you’re out in your yard.

In my case, these repellents did not work. In fact, I had moles tunneling their way right up next to one I had in the ground.

It was like the devices weren’t even there. Didn’t bother them in the least. Very disappointing to say the least.

However, the feedback from owners has been mixed.

Some owners have stated that it works extremely well and is an effective way to remove moles and other burrowers.

In other instances, a number of different owners like myself, have found that it has little effect on these critters.

Unfortunately, I can’t recommend this device. Maybe it will work for you, but it didn’t do a thing for us. 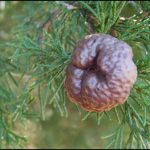 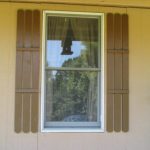